Can artifacts be activists?

Some designers are activists, that is to say, they take action (typically within the context of a contentious issue) intended to bring about change on behalf of a wronged or excluded group. But once designers are out of the picture, have moved on to the next job, can artifacts in themselves be activists? Can buildings, appliances, tools, or items of clothing, in themselves, lobby for change or even “force” it?

can a chair act for change? 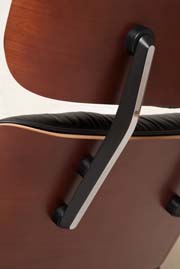 I see two main ways that people argue this case (both for and against): first on the basis of form and second on the basis of program or use (program being an architects way of describing “use”). I would like to add a third, on the basis of their “composition” although I’m not entirely sure this is the right word.

Artifacts and politics
The question of artifacts and activism is typically explored through the lens of politics and power. In this case the question is not simply whether artifacts lobby for change, but rather, what kind of power, if any, artifacts have in and of themselves.

This long running question jumped on to the modern stage with some gusto in 1980, with the publication of Langdon Winner’s article, “Do Artifacts Have Politics?” Winner suggested that Robert Moses designed low bridges in New York for the purpose of excluding public buses from parkways that led to beach areas, since the buses could not fit under the bridges and typically carried less well-off, ethnic and racial minorities. Partly on this basis Winner suggested that artifacts do have politics, they do exert power (Winner 1980).

Bernward Joerges later refuted Winner’s example in, “Do Politics Have Artifacts?” Joerges suggests that Winner did not fully investigate the facts. For example, bridge height was typically kept low by regulation, and buses, trucks and commercial vehicles weren’t allowed on parkways at that time anyway (Joerges 1999).

Other investigators echo Joerges when he concludes that, “the power represented in built and other technical devices is not to be found in the formal attributes of these things themselves.” In other words, form alone cannot discriminate. Dovey agrees, “power is not lodged inertly in built form” (Dovey 1999). Rather power is mediated by built form. So Robert Moses’ bridges mediated the power to discriminate that was embedded in building regulations, traffic rules and other systems.

Architecture
Leach suggests the politics of any building are only in the semantic readings of the building–what it represents or is associated with, “while a building through its associations might appear as deeply political, it must be understood that these politics are not an attribute of the architectural form itself” (Leach 1999).

For example, a building might start out as a fire station, then be remodeled into a night club. Those who remember it as a fire station may associate it with public authority and protection, but that memory gradually fades and the form takes on associations relevant to the building’s current use. A building can be big or small, heavy or light, thatch or marble, but it holds power over us only if it is associated with those who have authority. 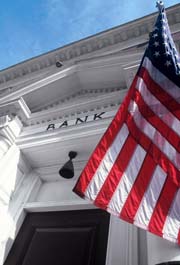 For this reason both Leach and Dovey suggest that architecture, rather than offering a politics of form, may instead have a politics of “use.” Dovey notes that the internal, spatial organization of a building does affect the relations among people using the building. For example, spatial organization affects which areas are private and which are not–who can see or be seen. It determines whether spaces are highly linked, facilitating sociability, or if they are linear and segmented. So the spatial organization, or programming, of the building may give certain groups of people power over others. 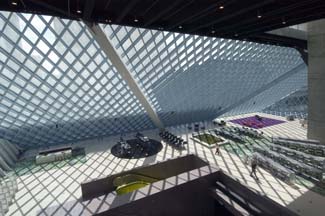 Products
In the area of product design, Dan Lockton has also been looking at the politics of use in a project he calls, “architectures of control: design with intent.” He has profiled cases where a product directs or restricts user actions for commercial or social benefit. On the commercial side he cites digital rights management that prevents you from copying a DVD or CD, but also printer cartridges that have an expiry date, upon which they stop working, regardless of how much ink is left in them. He suggests that in the digital realm, architectures of control for profit are gaining momentum, and argument pioneered by Lawrence Lessig (see for example Koman 2005).

There are also analogue examples such as public seating or benches that cannot be laid or slept upon. He cites the Audi A2 engine hood; the owner of the car can’t open it, but an authorized dealer can. He also mentions many types of “lock ins” where one must buy a specific replacement razor blade or toner cartridge, for example, in order to fit the razor/printer. Lockton speculates that as digital control capability increases, we may see more products that simply stop working or “expire” at a predetermined time. If these digital controls could be tuned to preference choices for change, for example to make sustainable options the default rather than the “alternative,” perhaps they could be seen as activist.

Niedderer, a product designer, has also explored how objects can force certain uses, although her work aims for social outcomes rather than commercial ones. For example she’s done several projects such as “social cups,” a group of champagne flutes that only stand up when linked three or more together (Niedderer 2007). In this scenario we could see the contentious issue as: how should we build social capital? Through their functional use requirements the cups answer: create opportunities for people to work together.

These examples seem to echo the arguments made about architecture that no form can inherently lobby for change, but artifacts do have power over us in terms of how we use them.

This suggests to me that artifacts may also be activists in terms of symbolizing the capacity to change, and as such symbols, they may be empowering. Artifacts do this through their composition. Composition here is matter and energy, but at the scale where it does not greatly affect form or use. I can have a battery powered radio or a freeplay, wind-up radio. They come in a variety of forms (styles) and to operate them I must “charge” them one way or another, turn them on and adjust the tuner and the antenna.

this is how it could be done 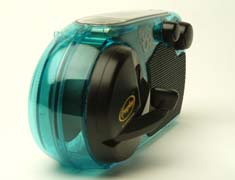 The composition of the freeplay radio (let’s imagine that it’s also made of recycled plastic) symbolizes an intentional action to bring about change on behalf of the environment. In their composition, LEED platinum-rated buildings, or contemporary buildings that are naturally ventilated (no HVAC system) do the same thing. These artifacts are demonstrating capacity to do things differently. In a sense they’re saying, “this is how it could or should be done,” and they’ll go on saying that, long after the client and the designer are out of the picture.

In the case of these buildings, the symbolism remains, regardless of their form or their use. For example if the building were to shift from police station to office, the symbolic value of its reduced ecological footprint stays with it. The same may be said of a product such as a Toyota Prius hybrid car. Whether it’s a taxi, a police car or a family car; whether it’s the 2002 model or the snazzier 2008 style, its composition still argues for a change.

These compositions do not usually represent the status quo or power embedded in existing systems. They typically represent struggles against those systems to create alternative artifacts that, if successful, raise the bar and become the new “status quo” against which the next round of activism will struggle.
References

One Response to Can artifacts be activists?