Reflecting on Mandela through Design Activism

Although I’m not in a position to write an adequate tribute to South African leader Nelson Mandela, with his passing last week I want to recall some design activist projects from South Africa and invite readers to share their own.

Here are a few of my favorites: 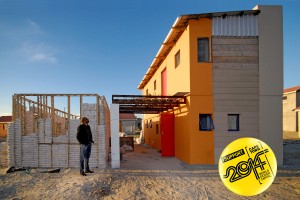 Another example is Architecture for Humanity’s competition for a soccer field and related facilities for kids in Somkhele, South Africa which has one of the world’s highest rates of AIDS. The plan included the formation of a girls league to be coached by nurses who will use the opportunity to educate about safe sex.

South Africa Constitutional Court, opened in the Old Fort Prison Complex that had housed many key anti-apartheid campaigners such as Nelson Mandela, Mohandas Gandhi, and Winnie Mandela (archive article from Construction Week). The building contains interior and exterior features that represent ideas of justice and while echoing the past by preserving pieces of the prison. Transparency in the design is a key part of the court operation. This case encompasses both past shame and future aspiration. The project was a joint venture of South African design firms OMM Design Workshop and Urban Design Solutions.

The Rape-aXe condom, developed by a retired South African health worker Sonnette Ehlers, concerned about the high rate of rape in South Africa, that snags unwanted intruders with plastic teeth which require surgery to remove. Although there’s no evidence that this prototype ever went into production, it certainly is a provocative idea. 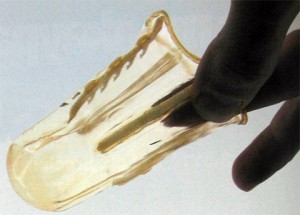 South Africa’s Red Location Museum, by Neoro Wolff Architects, is dedicated to the struggle against apartheid, acknowledging that there is no single truth about apartheid, only many individual stories. Instead of channelling visitors through a single narrative history of apartheid, the inside the industrial and cavernish museum contains a grid of “memory boxes” (pictured below) that hold a range of stories about the fragmented past. 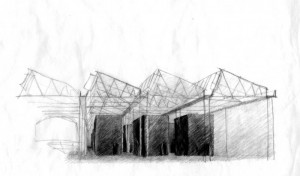 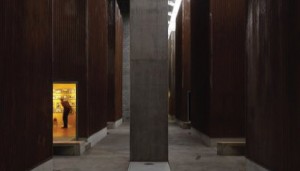 And this last example seems to capture what I’ve heard most in tributes to Mandela. That he was able to embrace the myriad “truths” of apartheid and move people forward on by virtur of this acceptance.

Do you have a good example to add to this list? Let us know in the comments.

My colleague Jacquie Ottman, a veteran green marketer, has founded a group called “We Hate to Waste” that lives at wehatetowaste.com. The group offers a No-Waste Lifestyle™ (with 8 facets) but I have to admit, the “TM” is a bit of a stumbling block for me. The website says: To spread our No-Waste Lifestyle™ around… END_OF_DOCUMENT_TOKEN_TO_BE_REPLACED

Social License–turning CSR on its head

I recently read about the idea of businesses having a “social license” to operate, issued by a broad base of stakeholders affected by the business directly and indirectly. But key to the social license is the community that is most local to the company’s impacts. The article I read was about mining businesses in Australia,… END_OF_DOCUMENT_TOKEN_TO_BE_REPLACED

Ditching the language of moderation

Have you noticed some of the new terminology around climate change? For example, at the University of York they’re talking about the “Post Crash City“ at a seminar series for the Centre for Urban Research. It’s their way of describing life in conditions of economic decline, but it has such a devastating ring to it,… END_OF_DOCUMENT_TOKEN_TO_BE_REPLACED

Some of you might be aware that I went on a virtual book tour in the autumn and posted a number of short articles on host websites. I had some terrific hosts and the articles are still there–thought some of these might be handy for teaching or a quick look at some of the issues:… END_OF_DOCUMENT_TOKEN_TO_BE_REPLACED

Over at the Harvard Business Review, Umair Haque has written about “titanic institutional failure” — how institutions not only fail to provide value but actively extract it from us, extractive institutions. (His article is “The Economic Roots of Your Life Crisis”). And it got me thinking about the idea of extractive design. Although we might… END_OF_DOCUMENT_TOKEN_TO_BE_REPLACED

timeline for design activism — what would you add?

I’ve been preparing a text on design activism and in particular, what can be learned from social movements. Part of the text is a timeline for “cause-oriented” design, which I include here in order to get input from readers about what is missing or debated. Please comment!  links and references  will come later (sorry, no… END_OF_DOCUMENT_TOKEN_TO_BE_REPLACED

An event and a short paper on defining design activism

There are a couple of items here, an event and a paper. I’m chairing the upcoming event next week, Weds. 25th May. The talk is part of the “Scarcity Exchanges”  program of the research project, Scarcity and Creativity in the Built Environment. This session speculates on design and consumerism, looking particularly at available material and… END_OF_DOCUMENT_TOKEN_TO_BE_REPLACED

The survey winner and more results

wishing you the best beats in the new year More results One of my fellow design activism bloggers (at Social Design Notes) asked if I would share more details of the survey results. Good Idea. I’ve created a list of the sources that people suggested for learning more about design activism. The responses are anonymized… END_OF_DOCUMENT_TOKEN_TO_BE_REPLACED

Results of the design activism survey

Thanks to everyone who completed the survey. One lucky person has won the $50 gift certificate (to be named upon confirmation). In the survey I asked seven questions to help me shape my results on design activism into something that you can use. Well over 100 of you took time to reveal a bit about… END_OF_DOCUMENT_TOKEN_TO_BE_REPLACED