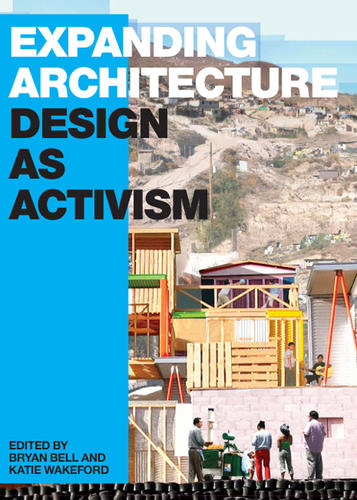 Like other reviewers, I really enjoyed Expanding Architecture: Design as Activism (edited by Bryan Bell and Katie Wakeford, Metropolis Books, 2008), and for many of the same reasons. It presents a wide range of informative, thought-provoking cases. However, unlike Fred Bernstein who reviewed the book in Architectural Record, I don’t believe that design activism is so diverse as to be “label defying” (Architectural Record, October 2008). The theme of Bernstein’s review is the notion that there’s no “single rubric” for the range of activities reported in the book.

On the contrary, I think Bell and Wakeford’s volume illustrates quite well the notion that activists draw from a relatively limited typology of actions. Observers of social movements from sociology, political science and history have long since identified a standard range of the “public actions” (i.e. “activism”) that activists deploy to make claims for change. Known as the “repertoire of action,” it includes approaches such as protest marches, candlelight vigils, sit-ins, boycotts, strikes and petitions, which are like a set of jazz standards that everyone knows, but that are improvised and combined in many different ways for different causes.

In Expanding Architecture, we see a typology of actions that represents many of the “jazz standards” for design. Some of the more prominent ways designers call for change include:
–    demonstration projects -showing a positive alternative to the status quo
–    humanitarian services- design services to people in difficulty, such as victims of war, poverty, or disaster
–    cause related exhibitions
–    cause related design competitions
–    co-design/co-build -rather than demonstrating or providing services, these approaches more directly engage people in solving their own problems and meeting their own needs
–    rating criteria – sets of guidelines, ratings or principles that can be used to judge the success or failure of projects in cause-related terms
–    visualizations – such as making information visually accessible through mapping or creating symbols/landmarks
Indeed the book could have been meaningfully organized by action type. For example, among the case studies I counted 4 competitions, 5 co-design/build, 7 demonstration projects, 3 rating criteria and 10 humanitarian service projects. It would have been interesting to look at the commonalities and differences in how these actions were deployed.

Although accepting that there is a typology of action may seem (particularly to designers) like an unfortunate constraint on what activists do, the modularity of the actions actually makes the typology quite versatile. As examples from the book show, a competition leads to an exhibition of the entries (“cityworksLosAngeles: Making Differences, Big or Small”), or to the building of one of the entries (“Competition, Collaboration, and Construction with Habitat for Humanity”), or to design research (“Market Modular”), and so on. A visualization leads to a demonstration project (“Invisible Zagreb”), or enables co-design (“Building Sustainable Communities and Building Citizens”).

In fact, the typology serves another purpose, acting as the collective knowledge needed for collective action. It shows not only what people do when they want to call for change, but also what they know how to do. Even without any experience, most people would know how to be in a protest march, although every march is different. Similarly, most designers are familiar with the action forms of competitions, prototypes, and visualizations, and so these are the forms of action designers deploy for social change.

The concept of a typology of action may be valuable to designers for two other reasons. First, the concept directs design activists to think about actions they might take relative to other actions available in the typology. Consider the old saying, if the only tool you have is a hammer, you tend to see every problem as a nail. To an architect without knowledge of the typology of action, every activist project may look like a design for a building.

Second, the typology directs designers to think explicitly about the fact that they are calling for change and to consider how their actions might fit into the broader social movement that is calling for that change. In Bell and Wakeford’s book, affordable housing is the primary social movement of interest. Yet many of the contributors seem to be framing a “design movement,” a movement to make design more relevant, or to get more attention on the use of design to solve social problems (see for example, “Expanding Design Toward Greater Relevance” or “The Architectural Bat Signal”).

Activism is essentially about struggle – the struggle made through public demands, to move closer to what activists see as a better, or  “good” life. For example, “give women the vote” or “close down that nuclear reactor.” The question that Expanding Architecture brings up for me is – Who are design activists struggling against? To what extent is the struggle within design itself, a struggle to redirect the design profession, a struggle in which designers talk mainly to themselves? And to what extent is design activism part of broader social struggles against those in power, such as governments and other large institutions? 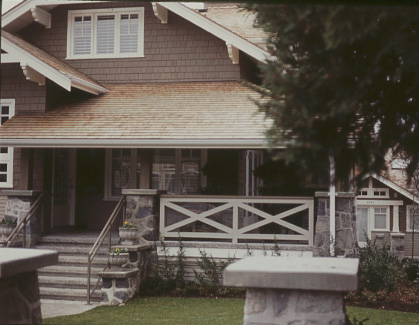 As Alex Salazar’s essay noted, many of those in the broader affordable housing movement “see the lack of affordable housing as an issue not of design and production but of power.” If design as activism wants more social relevance, as many of the authors in this book suggest, then perhaps it has to meet broader social movements half way.

For example designers probably need to think more about strategy– how and where the design process can leverage power in bringing about change, and the appropriate “targets” for activism. Designers need to tune in to broader social movements with a more strategic attitude towards where design can add, complement or fill in gaps in other activism.

Within design, the standard way to look at projects is through case studies, and Expanding Architecture provides a good range of cases on affordable housing. By looking at these cases we can get a comparison of design solutions, and these will always be important. But it is only by considering types of actions, or activist tactics, and broader social movements that we can begin to compare “change” solutions brought about through various design practices that are woven into broader social struggles.

Expanding Architecture shows both how far designers have come, and the distance they have yet to travel.

Filed Under: resources
← Comments on the US National Design Policy initiative
Game designers as activists, no really →