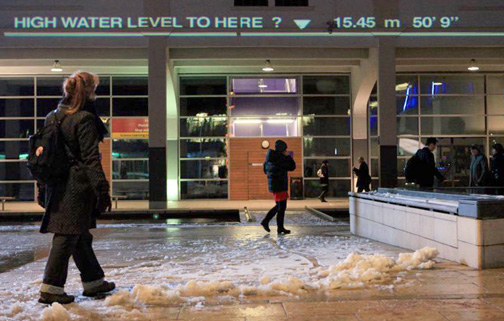 As a U.S. citizen I’m trying to decide my own position on climate legislation “The American Clean Energy and Security Act,” aka the Waxman-Markey bill (pros/cons via Worldchanging), now going through congress. Should my letters to congressional representatives be for or against? At the same time, last Thursday I attended “Sustainable Lives? The challenges of low-carbon living in a changing economic climate” a conference in London by the RESOLVE research group. I’m interested in their “lifestyles” strand looking at sustainable consumption.

The RESOLVE conference didn’t explicitly consider design, but it did offer up some design-relevant thoughts regarding the issue of climate change. The overriding theme at the conference was “contradiction,” a theme introduced by Tony Giddens (that’s renowned British sociologist Lord Sir Anthony Giddens to most of us).

On the one hand, he argued that we need a return to utopianism, and that messages of climatic catastrophe will not inspire people to change. We need to concentrate on positive future visions. On the other hand, he suggested that some degree of climate catastrophe will most likely occur–it’s too late to prevent effects from climate change– and that we need to seriously rethink adaptation strategies.

For Giddens these two contradictory strands are united in the need for a general “return to planning,” a key mechanism for developing a politics of the long term. He suggested that planning fell out of favor in the 1960s and 70s, but that it was time to resuscitate it. He also urged us to position climate change outside the environmental movement and outside party politics, noting that few countries have the essential cross party consensus to act on climate change (see Giddens’ new book, The Politics of Climate Change).

Philosopher Kate Soper captured the contradictory utopianism-in-catastrophe idea in a different way, suggesting that we need to recognize people’s concern about sustainable lifestyles being of low quality. We must articulate the nature of what will be lost in the transition to low-carbon lifestyles and describe the high quality of what will replace it. For both commentators, the problem is the abstract, long term and invisible nature of climate change and the lack of strong, obvious benefits for taking action to prevent/lessen it.

Design activists are already intervening along this planning and visioning path, looking at both adaptation and alternative positive visions.

Adaptation
One example comes from landscape architect Chris Bodle of the Watermarks Project in Bristol, which aimed to facilitate real discussion of adaptation. The team marked predicted flood lines onto buildings around the city, helping people to “imagine the depth and extent of this potential future flooding – allowing us to measure the possible future water levels against ourselves in familiar environments.” The project relied on U.K. government-estimated flood predictions and looked at future dates such as 2017 and 2047. 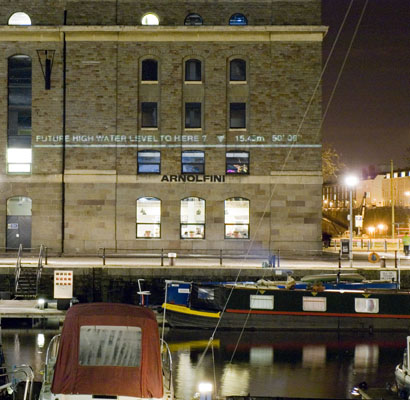 Other examples of design exploring adaptation to high water levels include Dutch designs for amphibian houses and an architect-designed flood levee that expands or contracts depending on water levels– the alluvial sponge comb.

Quality of context
Ezio Manzini and Francois Jegou have done a fair amount of work on the topic of improving our lifestyle quality while at the same time reducing materialism (see their “sustainable everyday” project and the book of the same name). I also recently wrote about the “low product” scenario and the implication for design of “non purchase” solutions, civic places and co-design processes, that begin to suggest a satisfying new low consumption “social language.”

Kate Soper pointed to public art and gave as an example Anish Kapoor’s Chicago Cloud Gate as a public installation that captures people’s imaginations and offers an activity that counters shopping or otherwise material consumption.

As these examples show, and several speakers at the RESOLVE meeting also highlighted in different ways, the climate challenge requires new conceptualizations of what is “normal” and ways of moving people to this new “normal.”

As for Waxman Markey — my letters will be for, encouraging passage of the bill with improvements and added strength. 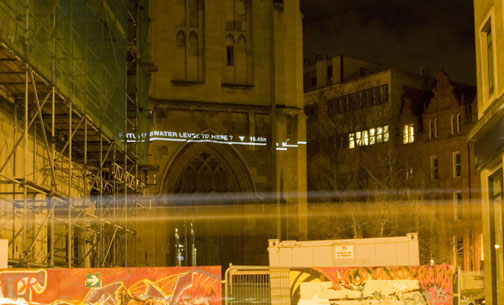 One Response to let’s talk about climate change