how do design activists cope with fear, risk, and danger?

I’ve heard a lot recently about how those of us working on social change issues, from climate change to health care, should avoid trying to scare people into change. We shouldn’t be fear mongers. 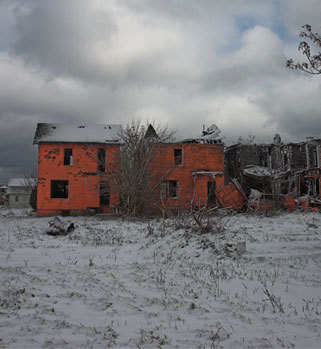 But a couple of recent episodes of “direct action” social protest have gotten me thinking about the fact that I rarely hear anyone, least of all designers, talk about how scary, even dangerous, it can be to engage in protest and confrontation, even in their mildest forms. And I’m inclined to think that the fear, risk, and danger of social protest deter designers perhaps even more than others.

1. the conviction of 22 UK climate activists who obstructed a coal train.
George Monbiot, writing in the UK’s Guardian newspaper notes that scientists and journalist can “bang on about the climate crash until everyone has died of boredom” but direct action like the coal train obstruction makes the issue real in an entirely different way. He also reports that research suggests that, “the greater the personal cost of the action you take, the more likely other people are to respect and follow your cause.”

2. pro-democracy demonstrations in Iran.
Sociologist Jeffrey Goodwin, considering the recent protests after the Iranian elections, asked why, for example, people in the US didn’t take to the streets protesting the flawed 2000 election between Bush and Gore. He notes that a flawed election has to “generate such outrage, such rancor, such disgust, that people are willing to bear the costs of protest, up to and including, in many cases, facing truncheons and bullets.” (emphasis added)

“Would any sane person think dumpster diving would have stopped Hitler, or that composting would have ended slavery or brought about the eight-hour workday, or that chopping wood and carrying water would have gotten people out of Tsarist prisons, or that dancing naked around a fire would have helped put in place the Voting Rights Act of 1957 or the Civil Rights Act of 1964? Then why now, with all the world at stake, do so many people retreat into these entirely personal “solutions”?

Is design activism ever protest? 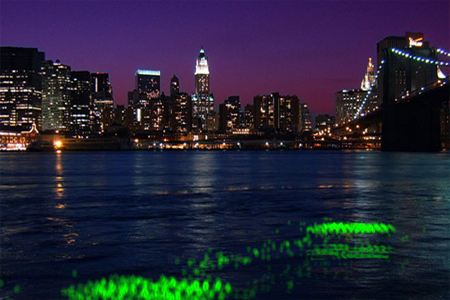 Where does design activism sit on the spectrum from “safe” personal change to risky social protest? Most “design activism” is not too confrontational and designers typically put their artifacts on the line rather than themselves. For example, two New York architects created “River Glow”, a floating and highly visible monitor that glows green when water quality is OK and glows red when water quality is too low. A designer created tree “houses” for protesters occupying a forest. In the project Object Orange, shown above, designers and artists painted condemned houses bright orange to shame the local government into demolition as a step toward improving blighted neighborhoods. “Critical” artifacts (also called “discursive design” in this article), such as a vase made out of a gun or a voting ballot on a french fries carton, are often the subject of exhibitions rather than street protest.

These examples show that designers engage in protest, but it strikes me that their work may often be both less strategic and less sustained than it could be.

Returning to Jenson’s Orion article, with examples of powerful industries and systems such as industiral agriculture, petrochemicals, energy and transportation, he notes that, “the role of an activist is not to navigate systems of oppressive power with as much integrity as possible, but rather to confront and take down those systems.”

He acknowledges that confrontation is scary for any number of reasons. Below are some of the reasons I think designers might be deterred by the risks and dangers in protest:

What do you think? Let me know of interesting cases where designed artifacts or designers have been involved in social protest.

5 Responses to how do design activists cope with fear, risk, and danger?