Happy new year to all. Sorry I’ve been away from the blog a little longer than usual in the transition to the new year. During this period I’ve been thinking a lot about the question of legitimate causes for activists to pursue. This is a question that concerns designers, but others as well.

From my reading, a number of designers seem to position design activism, or design for social change, on the “humanitarian aid” end of the spectrum of potential causes. And there’s no argument against these as central and legitimate causes. One need only gesture to Haiti’s earthquake and similar natural disasters, with weather-related disasters likely to increase. Housing for underserved populations, humanitarian technologies such as Project H’s life straw for clean drinking water, are other good examples.

But lately I’ve been thinking about the other end of the spectrum. What about those “causes” that essentially concern the problems of overconsumption? The problem of making sustainable consumption palatable, or at least viable, to “wealthy” westerners (here I mean average inhabitants of North American and European countries)? Ultimately these patterns not only cause us to overshoot natural limits, but also pave a cultural path that many want to follow. These are also the patterns that I live in and struggle to navigate. I recently happened upon an article in the Bangladeshi Financial Express pointing out that although “overconsumption” is thought of as a problem of western countries, increasingly the wealthy in all the world’s cities are getting on the consumption treadmill. 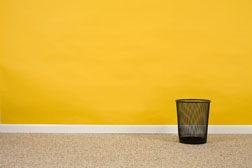 beyond “reduce” to “reverse”?

Recently I attended a meeting of a nascent De-growth Network here in London, with speakers from many major European “de-growth” groups. One speaker in particular, Leida Rijnhout, ANPED (Belgium) , pointed out that sustainability is traditionally conceived as “three pillars”– economic, ecological, and social– that need to be kept “in balance.” But she contends this is a real fallacy, since the economic “pillar” is already way out of balance with respect to the other two.

I’ve written before about the challenges for designers of working toward sustainable consumption, and I continue to be concerned about the question of how we make the necessary and most probably drastic changes in lifestyle that are required. The recent financial crisis hasn’t served as the obvious turning point for dealing with the problems of economic growth — what will?

As yet there seem to be few consolidated efforts to delve in to design’s potential roles in sustainable consumption, either in products or architecture. The main efforts that I’m aware of  — certainly there must be more — are concerned with the broad categories of sustainable cities, service design, and social innovation, for example the Desis network (see for example Desis USA at Parsons) on design for social innovation and sustainability. In the UK we’ve recently had the Urban Buzz project. And the Young Foundation also does social innovation work in the UK.

But it’s not clear to me that these initiatives are explicitly acknowledging the need for de-growth. Maybe it’s taboo to say so. In a recent article on “common wealth” economist Richard Norgaard says, “rather than talking about market failure we’re talking about how to work within the market and make it better. If you are on the wrong path, optimizing doesn’t help a lot.” Also, in some of these initiatives it doesn’t always feel as though design or architecture has clearly articulated a role for itself. Perhaps this represents the tension between “design thinking” as applied across all sorts of endeavours, versus old fashioned design-as-formgiving. Or perhaps it just presents too much of a fundamental, even existential, conflict with what design is perceived to do–make more and better stuff. 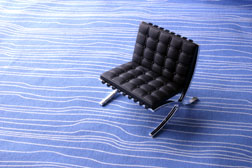 What’s your view? what are the substantive efforts underway to position design activism in the overconsumption, de-growth area? Is it a legitimate “cause” and if so how do we frame it? At this point I don’t have answers (will I ever?) I only have questions…

Filed Under: Activism: big picture
← coming across chemicals: in plastics and in schools
finding a job in sustainable design or a role in design activism →