activism at Arup and elsewhere

Although the recent ash cloud has stranded me in the US, I wanted to report on a talk I heard before leaving the UK in March. Peter Head, the sustainability lead for Arup, a worldwide engineering, design, and planning firm, has been on a Brunel Lecture tour for the Institution of Civil Engineers, visiting 23 countries in 18 months to discuss the transition to an “ecological age.” His 83-page report is available from Arup. I heard him speak at University College London. Arup and Head himself are perhaps best known in sustainability circles for their work on Dong tang, an eco-city near Shanghai China (see for example this CSM news item). 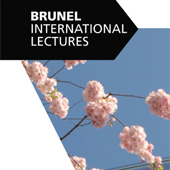 Some other highlights included the pictures he painted for how we will retrofit existing urban areas. There will be few, if any cars in cities, which will densify and incorporate hydroponic greenhouses for food growth. Head speculates that we will use soil-based agriculture less frequently in the future. In Head’s report, he addresses three policy areas, one of which is “justice.” He notes, “as sustainability is the criterion for scale, justice is the criterion for distribution to ensure that there is fairness across society and globally.”

What also interested me was that he noted that “the market will not do it” and this is one of the reasons that Arup, along with some other corporate, government and nonprofit sponsors are “taking action” and have created the Thames Gateway Institute for Sustainability (see who’s involved here). Head emphasized that the aim of the institute was to get built examples on the ground rapidly as a means of developing and supporting best practice while steering regeneration in the direction of long term sustainability. The institute says, “Our initial focus within Thames Gateway, Europe’s largest regeneration area, not only provides us with a huge test-bed for research activity, but also a ready market for the solutions we are helping to develop.” The implication for the institute, and perhaps Arup as well, seems to be that rapid demonstration will lead to policies that reshape the market.

For example, one of the projects concerns eco-retrofits for both social and private housing, that will lead to a “total community retrofit” that addresses social as well as economic and technical performance. A related project concerns green roofs and includes plans to install green roofs on 4000 homes in the gateway area.

In an earlier post I talked about how different sectors of the economy — public, private and nonprofit — all have a role in activism. Arup and its partners’ activism in the Institute for Sustainability is an interesting development. Some of the Institute’s efforts are going to directly engage designers, and this is perhaps one of the avenues along which design work can travel to reach more activist opportunities.