I read an interesting piece in the UC Berkeley Alumni magazine, California (yes I’m an alum) about how a single statistic can profoundly change our perspective on an issue–but only if we are presented with it in a certain way (“Numberstruck” by Pat Joseph). UC Berkeley’s Michael Ranney conducted research in which he asked people to estimate a statistic (e.g. what percentage of the population is in jail?) and then what they though an optimum statistic would be (eg what should our “target” jail population size be?) Then he revealed what the real incarceration rate was. If the actual rate is already lower than your stated “optimum”, then your view of the issue may change. In thinking about how this applies to design, first look at two more examples from Joseph’s article:

“The exercise of estimating values and stating preferences can itself be revealing. ‘One of the difficulties with people,’ Ranney notes, ‘is that they position themselves in a relative sense–you know, they’re either pro-immigration or anti-immigration. Because if you think the immigration rate is 10 percent and you want it reduced to 8 percent, you’re anti-immigration, right? But if your friend thinks it’s 1 percent and should go to 2 percent, he thinks he’s pro-immigration, even though he’s advocating a rate that’s four times lower than what you’re advocating.’ In fact, Ranney says, the real immigration rate is just 0.4 percent.”

“To illustrate the practical impact of such a shift, Ranney recounts another experiment in which he asked subjects to divide $100 between research on breast cancer and research on heart disease in women. ‘Initially, the mean allocation for breast cancer research was around $63. Then we showed them a figure, which is that, according to the data, eight times as many women die of heart disease as die from breast cancer. Once they knew that, they ended up giving more like $37 to breast cancer research and the rest to heart disease.’ That marks a significant policy shift, says Ranney. ‘I sometimes call this the most minimal educational intervention; that is, people think one way, you give them just a single number and suddenly they’re thinking another way.'” 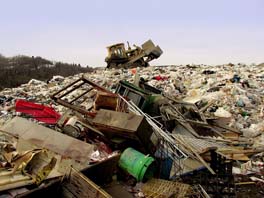 to reduce environmental impact, how much
should we invest in “end of life” vs. upfront design

It got me thinking about which types of statistics might affect design activism. Below are four of the statistics that came to mind. Although these statistics aren’t necessarily the kind that would prompt designers to action – they do make you think about the nature of design with respect to social issues.

Using the formula that Ranney developed, we might ask policy makers and social campaigners how they think investments should be made along the lifecycle of a product in order to reduce it’s impact. How would they allot investment among design, manufacture, distribution, use and end of life? How would their investment decisions change when they find out that the statistic says that as much as 90% of a product’s environmental impact is fixed during the design stage.[1] This number is becoming fairly well known (or at least, well published) among industrial designers, as far as I can tell.

How can we expect architects or other designers to pursue community service when it’s never even presented as an option? What percentage of postgraduate internships should reflect this option? According to recent findings published in Architecture Record the architecture profession provides far fewer opportunities for students to undertake internships with public or community service organizations than do the medical and legal professions. In law the estimate is that about 10% of internships are with the public sector as law clerks in public courts. This does not count other types of legal work such as legal aid and the like. In architecture, the two main programs that formally offer nonprofit and public internships account for 10 places among 4000 professional degree graduates, or about 0.3%! No figures found yet for other design disciplines.

What is the level of need for community service design? How would we gauge training of designers to meet this need? Although there are probably many ways to estimate this need, one stark way is to consider cities in conflict.

“the greatest number of civil wars in history has occurred in the past two decades,” reports Esther Charlesworth.[2] And as wars move in to cities, she continues, more and more civilians are affected. During WWI about 43% of battle-related deaths were civilian, rising to 59% during WWII, but reaching 74% since then as civil conflicts increasingly occur within cities. The UN High Commissioner for Refugees and others estimate that there are 15-20 million refugees worldwide, many displaced by civil conflict. Charlesworth suggests that even many cities of the developed world are now in conflict with divides among the rich and poor and among racial and religious groups.

what’s the desirable range of diversity among designers?

If we are interested in a representative diversity among designers, what do we think the percentage of women or minorities in their ranks should be? Although I haven’t found numbers for other types of designers, the AIA estimates that in 2006 women make up 26% of all architectural staffs, although only 13% of all licensed architect members of the AIA are women. People of color make up 16% of all architectural staffs, although only 1.5% of licensed architects (about 1600 people) are African American and there are no statistics on Hispanic architects (America’s fastest growing group). Black women make up only 0.2% of licensed architects, according to Architect magazine, although the make up 2% of attorneys.

Now, where can we get figures for some of the other design disciplines? What other statistics can we add to the list…?