is there a fourth sector?

Previously I wrote about the notion of the economy as being made up of three sectors–public, private, and nonprofit. But recently I’ve seen a few references to “the fourth sector.” The term refers to enterprises, sometimes called social enterprises, that straddle the for-profit and nonprofit divide.

social enterprises seem to ask,
“how much is enough?”

As one organization, B Corporation describes it, “B Corporations(TM)” are a new type of corporation that are purpose-driven and create benefit for all stakeholders, not just shareholders.” To become an official B Corporation, which is a play on the familiar “C Corporation” structure, a company must actually change its governing documents, “to incorporate the interests of employees, community and the environment.”

So in these companies shareholders are not the primary stakeholders, they are one group of stakeholders among many. Interestingly, there are about 20 US states that currently do not allow corporations to broaden the corporate documents (and thus their interests) in this way. (Currently B Corporation recommends incorporating in one of the states that does allow it, although lawyers are working on the problem.)

There are some other examples around, such as the Social Ventures Network, a group of businesses that are also committed to furthering social and environmental goals explicitly, along side business goals.

What’s the question?
I was recently talking about this issue with some of the folks over at Inkwell when we were discussing my book in their author’s forum. In the discussion someone pointed out that many companies would like to “do the right thing” but feel that they can’t “afford” to since their competitors won’t. These would-be “good” companies would loose out on profits to the “bad” companies.

This question of cost frames the conventional business world where profit and speed are king and queen. I think many of us involved in design would accept this cost framing of the issue – we can’t afford to be “good” because:
– Our services will become too expensive and clients won’t hire us
– It takes too much time (and therefore costs too much) to find out what actually constitutes “good” in any given context
– Even though lots of people say that they want to consume better goods and services, for many reasons they don’t, so if we are “good” we’ll loose out on market share
– And so on
[for a more detailed explanation of why being “good” typically costs more than being “bad” given our current economic structure, see my book’s section on economy]

Social Ventures seem to be asking different questions. On the one hand they are asking, “how can profits be aligned with other good outcomes?” And they are seeking strategies to make that happen. On the other hand, I think these enterprises are also ultimately asking another, more sacrilegious question: “how much profit is enough?”

Can Good Actions be Profitable?
There is some evidence that many “good” actions actually offer profitable returns. A classic example that designers encounter is energy efficiency. Another well known example is the Garmeen bank, which makes micro loans to poor people who have no collateral. The bank is financially self sustaining.

Another recent example comes from one of Germany’s leading supermarket chains that developed a “design-led” supermarket for the elderly in Berlin (Germany is Europe’s “oldest” country but other western countries are not far behind). The resulting accessible design (reported in Metropolis) has generated a 25% increase in profits -the improvements make the store more appealing to everyone, not unlike the Oxo good grips kitchen utensils.

There are a range of new business models arising that try to better align values and business. The now-defunct Nau clothing business aimed to allocate what it would have spent on marketing to charitable causes chosen by customers. Some service businesses operate sliding scale fees for services (a practice that many designers probably informally use).

Still others, like Garmeen Bank, are looking at different markets and structures – ranging from earning many small payments rather than fewer large ones to charging for network systems rather than hardware (like the “free” cell phone that comes with a service subscription). This latter model has been proposed for cars, where users pay energy surcharges but get the car for free. In a forthcoming post I will look more at how designers might be able to utilize some of these models.

How Much is Enough?
A few weeks ago BP and Shell both announced quarterly profits of more than £3 billion (that’s roughly $6 billion). Not bad for three months, at $2 billion per month! One has to ask if companies like these truly cannot afford to “do more good,” or if they simply choose other priorities as the market dictates. If a company on the scale of a BP or a Shell put 5% of annual profits towards innovative social and environmental initiatives–some of which might be profitable and some not, but all considered more risky than the norm–that would be about $1 billion dollars annually towards being “good.”

When a B corporation writes “all stakeholders” into their governing documents, however, how do they decide what constitutes “good” for those groups? Do we want this decision in the hands of businesses such as BP and Shell, rather than in the hands of more public- and socially- oriented groups? B corporation group has provided standards against which to audit “good” behavior and the process they used to develop the standards appears credible. But do we, in the end, need this form institutionalized, by regulation, in order to get consistent performance.

The Nobel-prize winning founder of Garmeen Bank, Mohammad Yunnus begins to address this. Rather than urging a form of “philanthrocapitalism” which generally follows the maximization principles of business, he suggests a new class of enterprises that pursue a non loss strategy. He envisions a social stock market where these businesses would be listed and that there would be stringent rules about what qualifies for this listing. In general he notes that at the moment these types of enterprises fall through the cracks of our system, they are not supported, recognized or nurtured–sometimes, as mentioned above, not even allowed–so it’s no wonder they are barely seen.

making a living, or a killing? 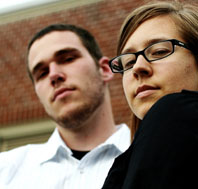 For designers and others looking to become part of the fourth sector, the message is that someone running a 4th sector enterprise or working for one could earn a competitive salary – but probably not multimillion dollar bonuses or golden parachute share options. In other words it is possible to make a “good” living, not a killing.

Conclusion
So the outlines of a 4th sector do seem to be in place, but I agree with Yunnus that it can’t really exist until we start to recognize it much more boldly.

3 Responses to is there a fourth sector?