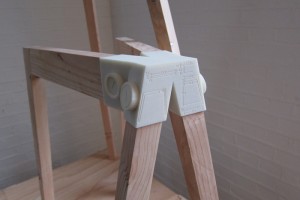 The keystones 3-D printed joint by Minale-Maeda serves as a single connector that facilitates different types of furniture.

Recently I attended a workshop hosted by the London group “Technology will Save Us” (I’ll call them TWSU to save some words). I also saw the exhibit Adhocracy on view in London’s Lime Wharf, featuring a bunch of interesting ideas for open design, distributed manufacturing, and digital fabrication technologies.

The range of ideas in the exhibit, open through October 12th, was broad enough to begin suggesting a vision how our material life could become digitally distributed. In design activism terms, it offers a way for people to get organized on their own terms and more broadly access the power to produce material life. A few examples illustrate what I’m talking about: 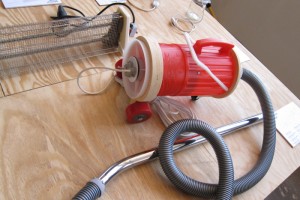 Transparent Tools proposal from Jesse Howard for making your own household appliances, such as toasters and vacuums, out of cheap components 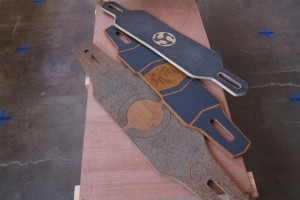 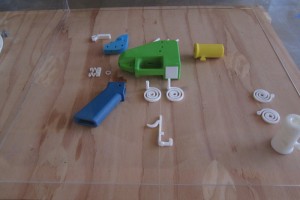 The controversial 3-D printed gun by Cody Wilson of Defense Distributed—not that we really want more of these in circulation, but grist for a provocative debate around freedom 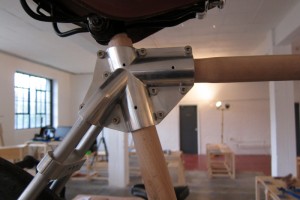 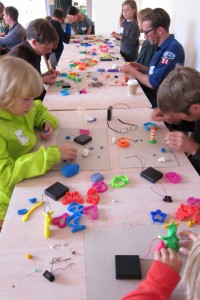 TWSU took us through our electronics paces in a fun and engaging way, starting with electronic play dough. Salty playdough conducts, sugary playdough insulates. We were asked to create things that bring our city to life—either new inventions or recreations of landmarks. For example, I made a bicycle with a headlight and my son made a Statue of Liberty with an illuminated torch (we also had the option of making sound instead of light) 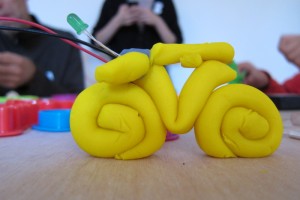 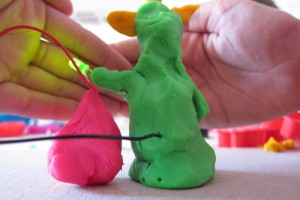 We next used Little Bits, a lego-like circuit building kit from the US that will soon be imported and distributed in the UK by TWSU. At about $80 for a starter kit, it’s not cheap, but it sure is cool. My team wasn’t ultimately that successful in our construction with Little Bits on the day, but it was the one thing we really wanted to take home with us. 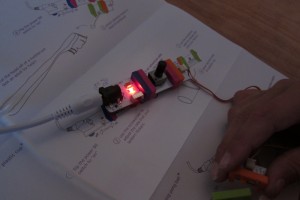 Our last task was to build a mini synthesizer by soldering components on to a printed circuit board, which we then attached to a battery and enclosed in a handy little cardboard box. I haven’t soldered in years and it was a lot of fun to do it again and end up with a working product. 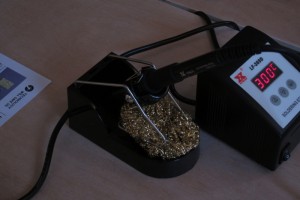 The soldering iron, above, and the guts of the mini synth kit, below. 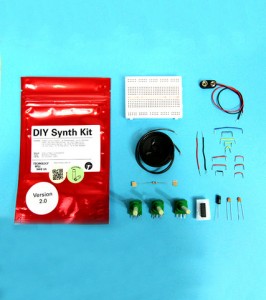 Have you been to a maker lab, fab lab or design hacking event? what was your experience? Would you like to hear more about this topic? Share in the comments.