I hope that, like me, you are on vacation during parts of this July and August, so you have not noticed the scarcity of my posts over the past few weeks.

And now here is a post, and you may also be thinking, “oh no, ethics is too heavy for a holiday.” But at heart, activism is an ethical undertaking. So this 4-part series will explore a few of the ethical dimensions of design, and based on my observations so far, the types of design activism that arise in response.

My colleague at the Open University, Tim Jordan, describes how activism is in many ways a moral undertaking, in that it seeks to put forward a vision of what constitutes a “good” life, for example, activists might suggest that a good life is free of oppression, injustice or war (Jordan 2002). 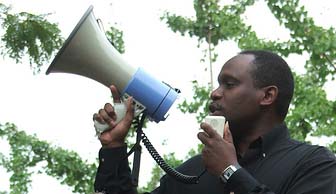 In addition, Jordan explains how activism works: many activists attempt to make ethics (typically in the form of an injustice or oppression) unavoidably public, thus forcing those who witness it to “decide if they can live with the moral deficit produced in themselves in the face of an unavoidable demonstration of what is better” (Jordan 2002, 58). In this sense, activism often emerges in the context of ethical failures.

The range of ethical dimensions in design is actually quite broad. For example, in a very thought-provoking piece for ID magazine (later reprinted in Utne Magazine as “The Devil Wears Camo: Or does he? Cultural confusion over a military motif” ), Mark Dery suggests that there is something ethically distasteful in the current fashion fad for camouflage, which he calls “the paisley of the Iraq war era.” More explicitly he asks why American consumers are “parading around in military drag at a moment when most of us think US troops should haul ass outta Baghdad before the insurgents hand us our heads, on video.” 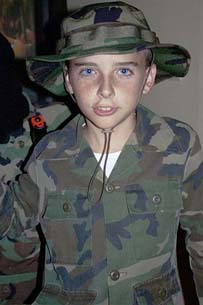 On the other end of the ethical spectrum we have the ethical duty of care associated with the potential failure of designed objects, for example product safety or the structural failure of buildings or bridges. In between lie issues such as fair trade, the treatment of vulnerable populations and environmental ethics.

In this part of the series let’s look at the duty of care, or professional ethics. One place where this issue arises is when a structure fails, such as the 1981 Kansas City Hyatt Regency Skywalk collapse (114 dead) or the 2004 roof collapse at Charles de Gaulle airport in France (4 dead). These are two cases cited by Eugene Kremer, in his piece, “When Buildings Fail: Ethics for the Worst Case Scenario” (pdf from Architectural Record, October 2006).

Kremer points out that in balancing a great deal of competing criteria, architects inevitably face risk. But the architects’ professional association, the American Institute of Architects, does not have ethical guidelines that guide architects in the face of a disaster, or looming disaster. In general, the author suggests, most architectural firms are ill prepared. 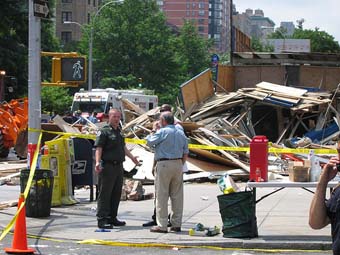 He references the Boston Society of Architects’ Ethical Forum, which proposes a sort of ethical framwork based on the principle of “others first.” In this framework the hierarchy of professional responsibilities goes as follows: “always serve the public first, then client, then craft and colleagues” last in the hierarchy comes “service to self.” Victoria Beach, who was involved in developing the hierarchy, comments, “if keeping a professional secret serves only yourself and harms others, you should tell.” And, “You should tell if your client’s interest endangers the public interest.”

Amid struggles to develop an ethical framework that addresses the more profound ethical dilemmas in architectural work, the failures of design in themselves provoke activism. As Kremer notes, they often result in professionals and others lobbying for improved laws, regulations and standards.

A similar range of activism often results from product failures, with examples ranging from faulty, exploding automobile gas tanks to chemical exposure in children’s products (such as recent cases of painted toys and plastic bottles). In addition to conventional lobbying, product designers also take action by demonstrating alternatives that avoid the failures.

On the whole, this activism tends to be reactive and reformist, rather than visionary, meaning that it looks to our existing systems of policy and regulation and our existing sets of relationships (such as professional associations or other institutions) to correct failures, rather than offering new visions for overcoming failures.

In the next post I’ll look at the some of the ethical issues associated with the producton of products. In these cases the products don’t fail in terms of safety or function, but they raise other ethical concerns.