Earlier this week I attended a lecture by urban sociologist Richard Sennett titled “the social craftsman.” He talked about the possibility that we will have a “jobless” economic recovery (if you can call it that). And he argued that contrary to popular belief, highly skilled labor is not scarce, that most people are capable of doing what we call “highly skilled” labor.

I’ve been thinking about employment, skills, and unemployment for a while now. The labor movement was one of the “old” social movements (along with civil rights and womens’ suffrage). The labor movement achieved success in many ways, but then became institutionalized and arguably, lost its way while being battered by a number of global forces affecting labor. Despite an increasingly dire employment landscape, labor union membership is in decline and labor unions seem to be scoffed at as much as, if not more than, respected. 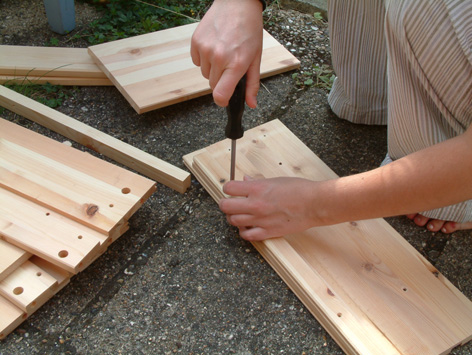 New issues concerning labor, and more particularly “skills,” that have caught my attention are several:

– a number of recent reports on what types of skills are required to develop and maintain sustainable communities (see for example: research council initiative on “skills and knowledge for sustainable communities”, the BRASS paper “Understanding the Role of Skills, Learning and Knowledge for Sustainable Communities” see working papers, The U.K. Government’s Egan Review: Skills for Sustainable Communities, and Arup’s Mind the Skills Gap, and two more in an addendum at bottom).

– recent investigations into how skills related to sustainability can be integrated into professions, including architecture, see for example the network on professional practice for sustainable development and Building Sustainable Communities: developing the skills we need by the Commission for Architecture and the Built Environment.

– questions regarding what types of skills are needed for social entrepreneurship (article in the Stanford Social Innovation review, “not just anyone can make breakthrough change”) and how cities can encourage social innovation (Breakthrough Cities report).

At the same time, as I review a number of cases of design activism, I see many examples where being involved in a design process helps people (non designers) acquire and apply new skills. But I also come across critiques of how contemporary design, by simplifying everything down to the touch of a button, or requiring disposal/demolition rather than allowing repair/rennovation, actually takes away many of the skills people used to possess (see for example this paper by Ezio Manzini).

So on the one hand designed artefacts may be taking skills away from people, but on the other hand participatory or co-design processes might be able to help people acquire new skills. In the rest of this discussion I leave behind the issue of artefacts that designers create, except to note that there is an obvious gap between designers acquiring skills relevant to sustainability and opportunities to apply them. For example, many students that study sustainable design can’t find jobs through which to apply these skills, something I’ve written about before here (on how to find a job in sustainable design) and here (on the future of sustainable design education).

Seen through the lens of activism, can design processes address unemployment and employable skills? My sense is that in most instances of participatory design, the goals for participation center on an artefact, such as a landscape (park), building, or object. Little structured thought is given to what skills may result from participation. Yet in presenting the design results, the design teams often comment on the personal development of the participants as an added side benefit, alongside the central goal of creating an artefact such as a beautiful park or effective school.

What if designers joined up with labor activists, neighborhood regeneration groups and others to look more specifically at how design processes have a role in re-skilling the labor force? Although this may be more common in the developing world context, where I know of a few examples (see the BaSiC initiative’s work in Mexico), I’m less familiar with this kind of approach in North America or Europe. I’ve heard more about designers mentoring young, inner city designers (for example the Reciprocity Foundation’s proof of concept program), or creating design-focused high schools and the like. 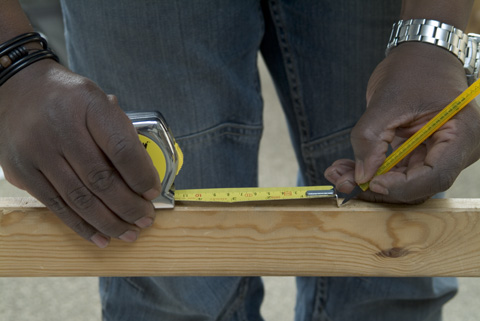 Although I don’t have a perfect example of something like this (I’d love to hear about more) there is one example that exemplifies some of this thinking. It’s a project that architect Will Alsop did with British nonprofit Rideout (Creative Arts for Rehabilitation) to redesign the concept of “prison.” McGray, writing in Metropolis (August 2006) commented, “As he spent more time with the men, Alsop began to feel that prison was molding them to prison life, not the life they would one day lead beyond the prison walls.” And this led him to consider the social cost to bad prison design. A better prison design, which Alsop developed with the inmates, included a less sprawling building that left room for gardens that prisoners could tend and learn to maintain, and other sites for training including a small restaurant, barbershop, radio station, and construction workshop. Prisoners also proposed a small hotel for family visitors.

In this prison example the inmates arguably gained experience in design thinking and gained a sense of possibility through envisioning the types of training and skills they would like to have. I’m sure many of us are familiar with community design projects during which participants learn to garden, build, or gain experience making models and drawings. But have we thought explicitly about what skills participants gain, skills the projects might later deliver (such as some that were proposed for the prison redesign) and how that portfolio of skills might be applied in the community? In addition to trade skills, such as construction or landscaping, are there also skills related to organization, leadership, public speaking, teamwork, negotiation? what about other forms of media or computer skills associated with collaborative projects? How would people present evidence of these skills?

As much as designers may be worried about their own employment these days, there does seem to be a productive, perhaps even activist, role for them in worrying about other people’s employment and skills as well.

Two more reports on skills and the built environment now out:
The Future’s Green: Jobs and the UK Low-carbon Transition from the Institute of Public Policy Research
Grey to Green: How we shift funding and skills to green our cities which focuses particularly on landscape architecture, by CABE

Filed Under: case studies
← climate action day – the link to abstract policy
coming across chemicals: in plastics and in schools →